Michael's love affair with travelling began when he and a friend breathed new life into an old Honda Prelude and clocked up 10,000km in the Australian outback. It was their ticket to personal freedom as they delved deep into a life of unplanned, unfiltered and socially-engaging experiences.

Their desire to disregard the rule book led them to rural parts of Australia, Asia, Europe and Africa, as they embraced a hand-to-mouth existence through unconventional work and real relationships with their global neighbours.

Michael's obsession with writing and all things literary soon took on a new shape, as he began writing short stories about his experiences and sharing them with the wider community.

You could say these are the roots of Sun Rider Press.

Many years a music journalist trailing local bands around Bristol (in the UK) and, even longer, someone who spends far too much time scribbling nonsense into diaries, Robyn now spends her professional time as an editor in two realms. In one, navigating the often unfamiliar landscape of international healthcare, and in the other, the manuscripts and publications of Sun Rider Press.

Robyn's been journeying through the cosmos since the day she was first born and, in that time, has found some of her favourite earthly destinations to be Vietnam, Italy, Somerset, and the right-hand side of her sofa. 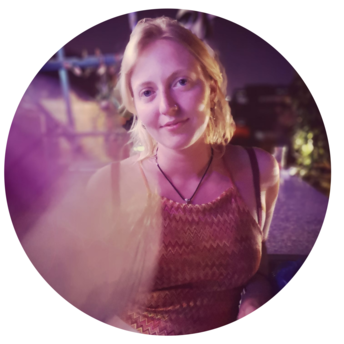 Zack is a multimedia wizard by day, a cocktail shaker by night, and an all-round adventure traveller whenever he gets a spare second. His digital consultancy business, Hoodoo, tackles everything from design, promotion and events. It's even responsible for the beautiful website that you are on right now.

Zack Reed is responsible for all the behind-the-scenes operations that go into running a small business, and Sunrider would definitely be nothing without his digital wizardry.

After years of travelling across North America, Europe and Australia, Sasha has settled back home and is exploring her own expansive backyard. In her professional world, she loves all things advertising - from writing brand strategies to digital performance plans for brands big and small. Being able to combine her love of marketing and love of travel is a dream come true.

The origins of Luke's obsession with art and travel can be traced back his birth on a sailing boat in the Virgin Islands. As a child, growing up in New Zealand, he and his brother spent countless hours absorbed in comics, video games and literature.

Luke took the blind plunge to Bristol, UK, when he was only 19. He met Mike not long after, in the basement of an old printing factory-turned-hostel. It was there that they began working together, sharing their artistic styles and channeling the attitudes of many of their idols - Jack Kerouac, Dylan Thomas, Hunter S. Thompson, Bukowski, Krumm, among others. Their bromance quickly formed.

Luke's own journey took him back to NZ, where he underwent a rigorous 2-year tattooing apprenticeship that would soon put him back in the northern hemisphere - 15 minutes from the Colosseum, to be exact, finding his artistic roots in Rome, with a cig and bottle of Italia's finest in hand.

Brent's an interesting breed. Ever since the age of 15 he has wanted to be an Accountant, and over half of his life later that hasn't changed. With a Charted Accountant qualification firmly in hand, Brent's worked for some of the largest firms in Australia and Canada,  managing multinational budgets and hot-headed CEOs. But he's also a simple man, and very much enjoys the finer things in life, whether that's drinking a case of Corona and crashing buggies on a leisurely afternoon of 9-hole golf, or creeping around China town and eating his weight in dumplings.  Brent also enjoys sailing, brewing beer, and spending time with his beautiful wife, Sasha.

Joe lives and breathes everything that the literary form has to offer. By day he heads up Publishing Platforms at Packt, and by night he's either scribbling his own poetry, head-down in something by William Gibson, or spinning dub-funk grooves at his local boozer, The Elmers Arms.

Joe also makes eBooks for a living, and had a very prominent hand in getting Sunrider started making books. Joe wields InDesign skills like they're second nature, loves orphans and widows like they're part of his family, and can work his way around literary code to craft beautiful, responsive and user-friendly eBooks.

It's safe to say that we would be nowhere without Joe Runnacles. 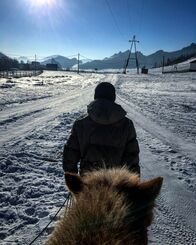 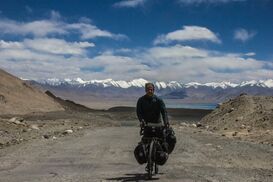